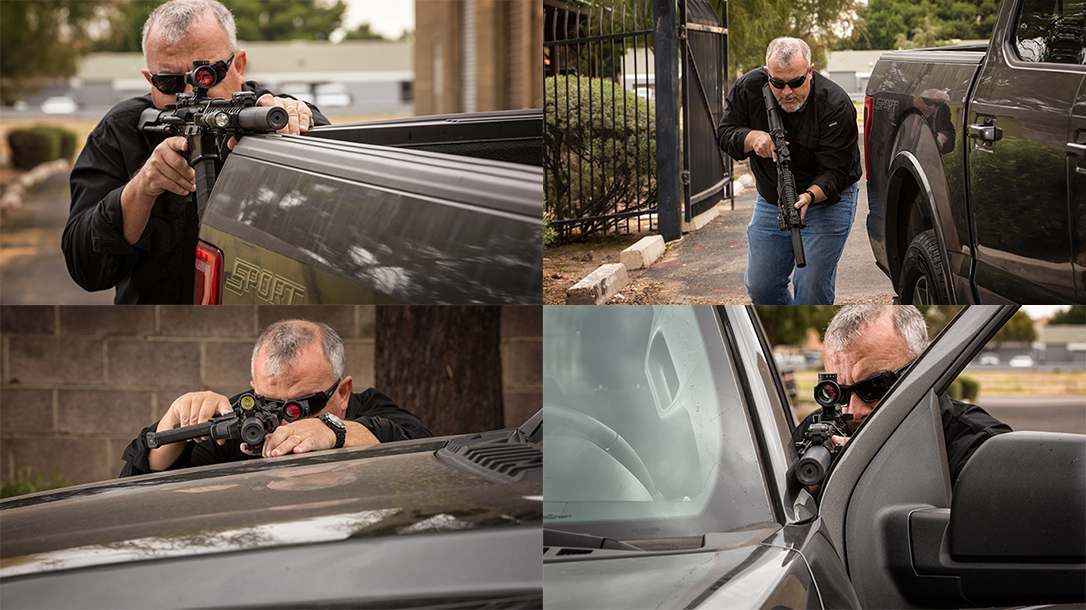 The Pennsylvania State Police released dash cam footage showing the tense gunfight that nearly claimed the life of one of its troopers last year. Watch it above.

Gunfight Tactics: 10 Tips for Fighting Around a Car

According to WFMZ, on Nov. 7, 2017, State Trooper Ryan Seiple pulled over 22-year-old Daniel Clary for speeding on Route 33. Seiple gave Clary a ticket. He then got into his cruiser and started to pull away when Clary flagged him down.

The more Seiple talked with Clary, the more he began to suspect the motorist was driving under the influence. The trooper later testified that he saw a can of air freshener spray which he suspected was used to mask the smell of marijuana. He also said he saw what looked like shavings from a hollowed-out cigar used to store marijuana, the Pocono Record reported.

Seiple called for backup, and Trooper Seth Kelly arrived on the scene. The two troopers proceeded to administer a sobriety test on Clary.

The video above starts off with Clary unable to keep his balance. When the troopers move to arrest Clary, he …Read the Rest