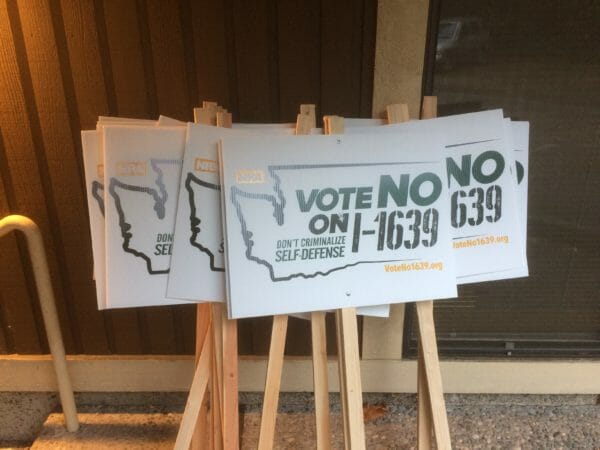 USA – -(AmmoLand.com)- When the Seattle-based gun prohibition lobby in Washington State last year convinced voters to pass Initiative 1639, a sweeping gun control measure, the state’s largest law enforcement groups lined up against it, and now sheriffs in at least ten counties have announced they will not enforce the law because they believe it to be unconstitutional.

The latest top lawman to take a stand is Grays Harbor County, Sheriff Rick Scott. In a three-paragraph letter to Randy Ross, chairman of the County Commission, Scott had this to say:

“As your sheriff, I have sworn to uphold the United States Constitution, and the Washington State Constitution. Therefore, until the legality of I-1639 s resolved, I have instructed my deputies to take no enforcement action as it pertains to I-1639. Deputies will document such matters. However, they will take no enforcement action. Nor will we pro-actively initiate investigations relative to I-1639.”

Likewise, Spokane County Sheriff Ozzie Knezovich wrote in an email to KHQ news that he fought and spoke …Read the Rest