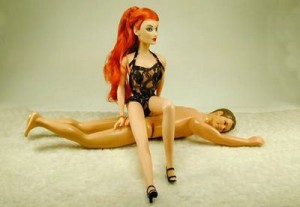 Someone going by the name Michael Sonmore has published a confessional op-ed that has made some waves. The thrust of the article, if “thrust” is the correct term, is that he is completely fine with his wife going out to have wild animal sex with other guys because he is a “feminist”. (Hat tip to Glenn.)

Gay writer Milo Yiannopoulos thinks is just great news! Since feminists are turning what would otherwise be straight males into submissive homosexuals, the time has never been better for men who are attracted to other men. It is like being a kid in a candy store!

There have been a mountain of pixels spilled concerning how Mr. Sonmore, the author of the original tell-all article, is such a milksop girly man that the human race owes him a big thank you for voluntarily removing himself from the gene pool. But what is his wife thinking? What is her grand scheme?

The best explanation I have ever heard can be found here. (WARNING : NSFW!!!) I don’t want to steal any thunder from the Monkey, so you …read more