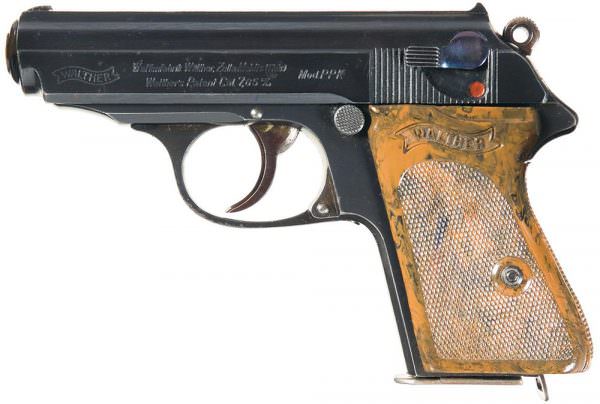 By David Tong
Gun writer David Tong gives us a look into the history of the Walther PPK Pistol.

USA – -(Ammoland.com)- One of the most iconic pistols of the 20th Century has to be Walther’s “Polizeipistole Kriminalmodell,” or police pistol detective model.

The Walther PPK pistol was a shortened version of the 1929 Model PP, and was first produced in 1931. I once owned one of the commercial, pre-war and pre-Nazi pistols with the 90-degree safety lever in brightly polished blue finish, in the then usual 7.65mm / .32ACP caliber that all WWII pistols were chambered in, as well as several postwar examples. Postwar they were also produced in .22LR and .380ACP / 9mm Kurz.