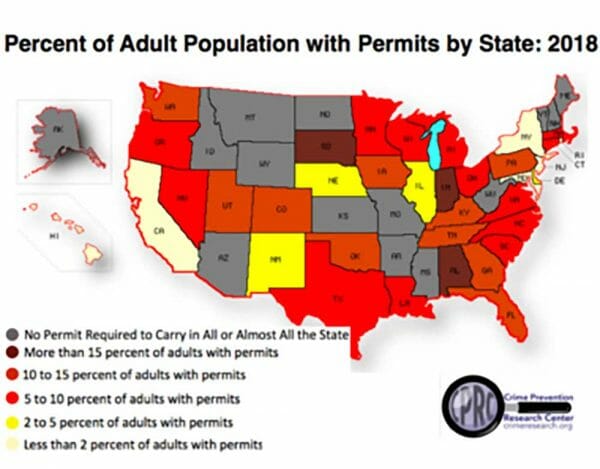 U.S.A. –-(Ammoland.com)- I care about American freedom and if you live anywhere in the United States of America, you should be able to enjoy the same rights as your fellow citizens, regardless of what state you call home, regardless of what political party rules your state house and governor’s mansion. Each of us, irrespective of where we reside presumably share the same rights enshrined in our founding documents. Presumably. In reality, we do not. A California resident cannot own the same guns in his/her home state as I can in mine. Someone applying for a right to carry permit in Hawaii has little hope of exercising their right to carry a firearm as his cousin and fellow American citizen applying for the same license in Florida, for example.

Last week on Armed American Radio, I opened the broadcast in the first segment by introducing listeners to five fellow Americans and the plight they face as oppressed residents of New Jersey, a state run by vehement anti-gun, socialists (formerly known as Democrats), who stop at nothing to strip their residents (fellow Americans) of their right to bear arms. If you missed …Read the Rest