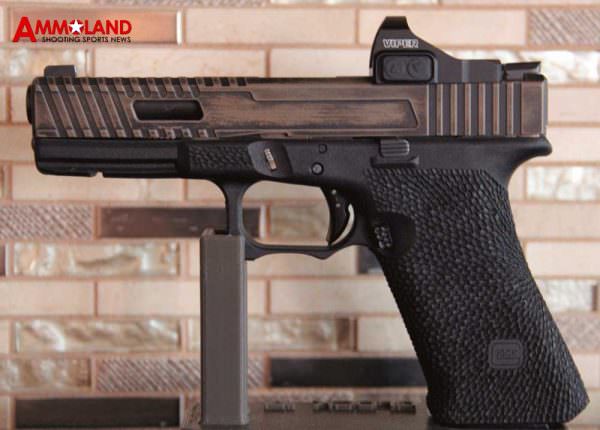 U.S.A. –-(Ammoland.com)- This is the part 4 of my custom Glock 17 build that I have dubbed the Glock 17 “Reaper” due to the awesome reaper engraving done by M.K.P. Arms. I also added a grip plug with a reaper, along with a backplate also with a reaper. So far I have been very happy about how it has performed with the modifications I have made.

After getting the frame customized by Damato Custom Stippling, I had the slide modified by M.K.P. Arms. Then I added an Overwatch Falx trigger which I couldn’t be happier with. I debated what the next thing I wanted to change on the Glock was going to be.

After a couple of days of thinking about it, I knew what I had to do.

It was time to add an optic on the Glock. This will be the first handgun I own with an optic on it. The closest I have come to …Read the Rest