Virginia: Threat Against Anti-Gun Activist Is An Alleged Hoax 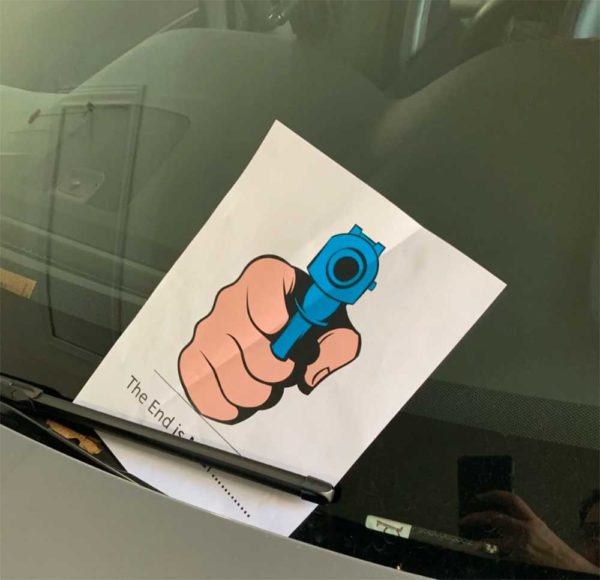 Fairfax, VA –-(Ammoland.com)-On Saturday, Virginia anti-gun activist Joseph Sakran posted two images on his verified Twitter account, which he said was receiving death threats from pro-gun activists. Now it appears that the death threats he reported might have been a hoax. The Johns Hopkins Hospital surgeon has since deleted the images and all mentions of the threats.

Sakran claimed that someone put the picture under his windshield wipers of his care before VCDL’s Lobby Day on January 20th. Virginia has been a hotbed for the gun debate since the Democrats seized control of the state and introduced radical gun control measures and 96% of the state declared themselves Second Amendment sanctuaries. Sakran said he struggled with the decision to post the pictures online.

“We have the opportunity and the responsibility to make communities safer for Americans,” Sakran wrote on Twitter. “For the person who thought they could silence me by threatening my life, you clearly know nothing about me….. Thank You for showing me that our …Read the Rest