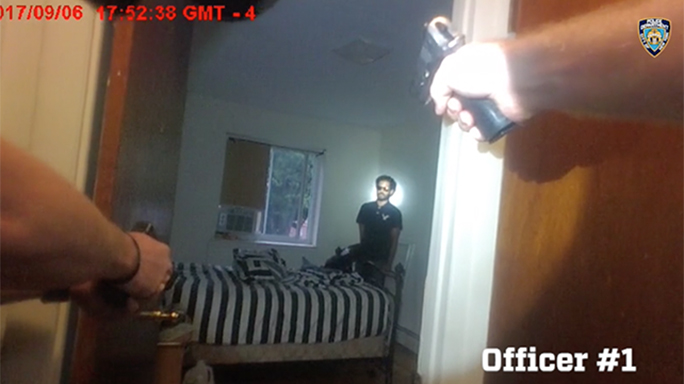 The Canton Police Department in Ohio has released body camera footage showing one of its officers getting put into a choke hold and dragged in a suspect’s vehicle last week. Watch it above.

FOX8 says it all started at around 1 a.m. when two Canton police officers pulled over a truck for speeding at around 1 a.m. Instead of complying with orders, the driver—32-year-old Mario Jermaine Pratt—got out of the vehicle and started attacking one of the cops when he was approached.

During the struggle, Pratt managed to get the officer into a choke hold and drag him into the truck. The other officer used his Taser, but it didn’t have any effect. The officer who was attacked also discharged his service weapon during the attack, but it didn’t hit Pratt.

With the officer still partially hanging out of the driver’s side door, Pratt then attempted to drive off from the scene, but he crashed the truck nearby.

Police swooped in and placed Pratt in handcuffs. He’s been charged with two counts of assault on a peace officer, abduction and resisting arrest, and various …Read the Rest