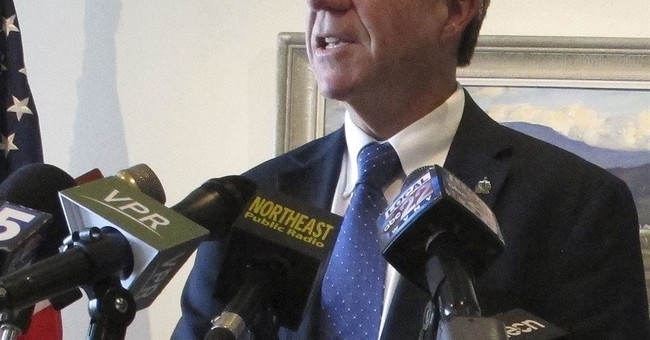 Gun control supporters tend to think of their victories as happening as soon as the law is signed. At that point, they figure, they have what they want. They also figure the laws get signed because they’re calling the shots. They hold press conferences and talk about their great victories and make the typical bogus claims that people will be safer.

However, it’s not over for the politicians who support those laws.

Oh, for some, it’s no big deal. Those who represent anti-gun enclaves can rest easy and never have to worry about their vote really coming back to bite them in the butt.

But for governors of states that sign such bills? Well, that can get…ugly.

Gov. Phil Scott saw a sharp drop in approval in the second quarter of 2018, the latest Morning Consult poll shows, a plummet that political analysts are attributing to his decision earlier this year to tighten the state’s gun laws.

Two other recent polls have shown Scott struggling with his own political base, but unlike those polls, Morning Consult conducts regular polling showing changes over time.