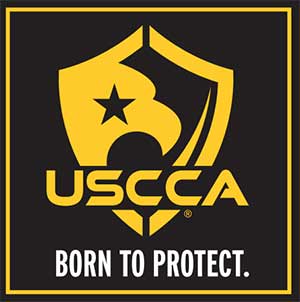 West Bend, WI –-(Ammoland.com)- The United States Concealed Carry Association has responded to an effort led by New York City Mayor Bill De Blasio and Chicago Mayor Rahm Emmanuel to stop The Concealed Carry Reciprocity Act introduced by Rep. Richard Hudson (R-N.C.) in the House and Sen. John Cornyn (R-Texas) in the Senate. At its annual meeting this week, the U.S. Conference of Mayors adopted a broad resolution attacking this common-sense legislation and stating that the “goals of this legislation are completely antithetical to all of the efforts to reduce and prevent gun violence….”

Remarkably, this comes just days after the recent shooting of Republican Members of Congress in Virginia, where the lack of concealed carry reciprocity in the District of Columbia prevented any of them from traveling to Virginia with a firearm. It was only because of the heroism and quick-thinking of two Capitol Police officers and arriving Alexandria police that many lives where not lost.

“This effort by liberal big city Mayors is completely tone-deaf in both its goals and its reasoning. While many of …Read the Rest