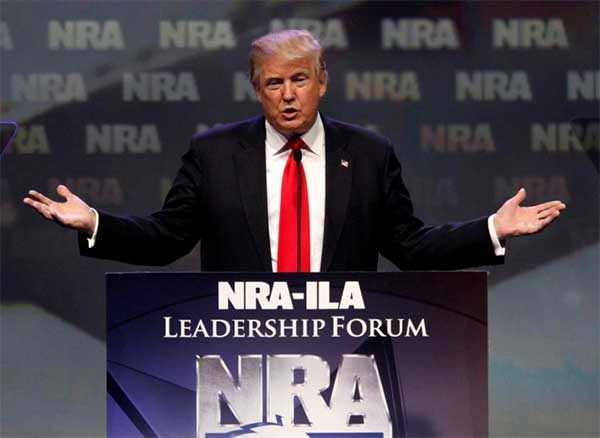 New York – -(AmmoLand.com)- When Trump called for a ban on “Bump Stocks,” he ignored his pledge to support the Second Amendment; capitulating completely to the antigun crowd.

As if the Republican controlled Senate’s failure to enact national concealed handgun carry reciprocity legislation and President Trump’s failure to push forward a pro-Second Amendment agenda during his first two years in Office weren’t bad enough—a serious failure of omission on the part of both the U.S. Senate and the President—Trump’s ban on“bump stocks”—an act of commission—is even worse. By foolishly, impetuously, acting to ban “bump stocks,” the President demonstrates a dangerous naivety and ineptitude, along with a disturbingly blithe lack of concern for the well-being of the fundamental, immutable, unalienable, inviolate right of the American people to keep and bear arms.Trump is obviously oblivious to the deleterious impact his unilateral action shall have—not simply may have—on the Second Amendment itself.