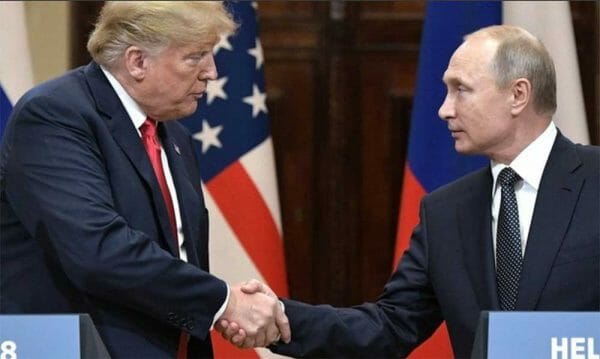 He then added pointedly, that just changed “about four hours ago.”

It certainly did. With his remarks in Helsinki and at the NATO summit in Brussels, Trump has signaled a historic shift in U.S. foreign policy that may determine the future of this nation and the fate of his presidency.

He has rejected the fundamental premises of American foreign policy since the end of the Cold War and blamed our wretched relations with Russia, not on Vladimir Putin, but squarely on the U.S. establishment.

In a tweet prior to the meeting, Trump indicted the elites of both parties: “Our relationship with Russia has NEVER been worse thanks to many years of U.S. foolishness and stupidity and now, the Rigged Witch Hunt!”

Trump thereby repudiated the records and agendas of the neocons and their liberal interventionist allies, as well as the archipelago of War Party think tanks beavering away inside the Beltway.

Looking back over the week, from Brussels to Britain to Helsinki, Trump’s message has been clear, consistent and startling.

NATO is obsolete. European allies have freeloaded off …Read the Rest