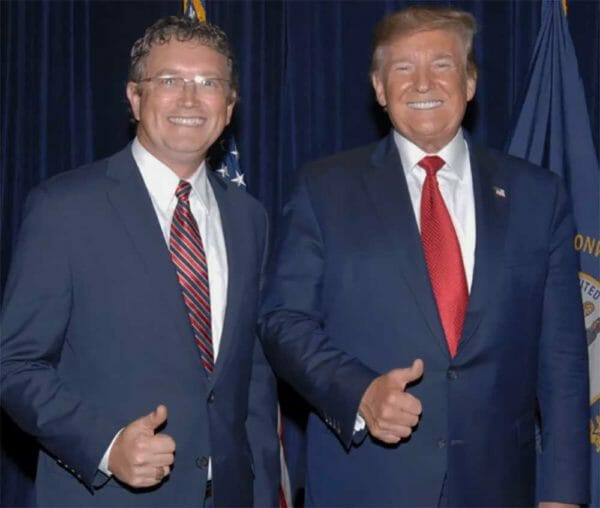 U.S.A. – -(Ammoland.com)- “Looks like a third-rate Grandstander named @RepThomasMassie, a congressman from, unfortunately, a truly GREAT state, Kentucky, wants to vote against the new Save Our Workers Bill in Congress,” President Donald Trump tweeted Friday. “He can stop it, only delay, which is both dangerous…

“…& costly,” Trump continued in a follow-up tweet. “Workers & small businesses need money now in order to survive. Virus wasn’t their fault. It is ‘HELL’ dealing with the Dems, had to give up some stupid things in order to get the ‘big picture’ done. 90% GREAT! WIN BACK HOUSE, but throw Massie out of Republican Party!”

Since when has expecting Congress to do its job been cause to expel an elected member? And why is wanting to see votes recorded instead of masked through a voice vote deemed objectionable by the political elite?

“I was just standing up for the Constitution, and I did it in a professional manner that did not delay the bill,” Massie told Fox News. “This is the biggest transfer of …Read the Rest