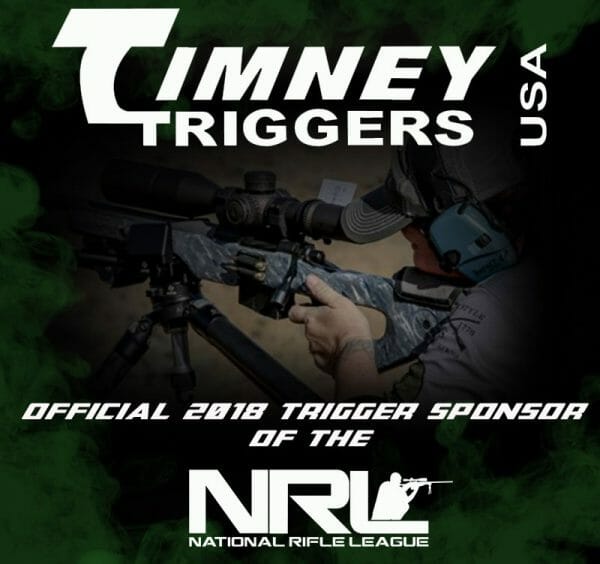 Timney Triggers is named The Official Trigger of the 2018 National Rifle League Season.

Yorba Linda, CA – -(AmmoLand.com)- The National Rifle League (NRL), a 501c3 non-profit organization dedicated to the growth and education of precision rifle shooting through a range of outdoors-related public interest activities, is pleased to announce Timney Triggers has agreed to sponsor the NRL’s 2018 season as The Official Trigger sponsor.

Timney Triggers began in 1946 and is now the oldest and largest trigger manufacturer in the world. Under the current ownership of John Vehr, and his heavy investment in technology, cutting-edge machinery, people, and a mindset, Timney Triggers quickly became the company that set the standard in aftermarket triggers. By innovating and listening to customers, it is now producing more than 170 models of triggers for bolt-action rifles, shotguns, AR rifles, and semi-automatic rifles.

“Timney is dedicated to …Read the Rest