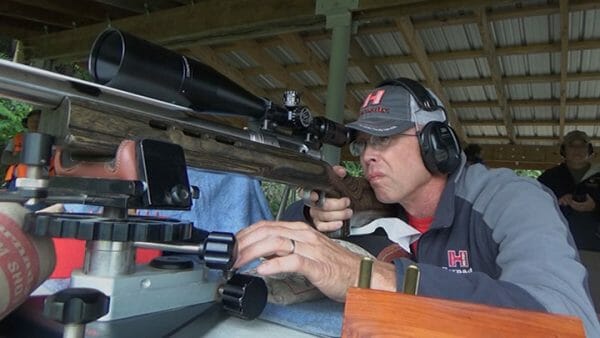 Nashville, TN -(AmmoLand.com)- Thousand Yard Benchrest is competition with unlimited guns you won’t believe. They’re handmade and can weigh as much as 100 pounds. And there are two ways to score for record when you can master the wind.

Plus, the NRA meets in Dallas with thousands of new members joining to support the 2nd Amendment and see the new guns and gear being introduced for this year.

And John Browning’s Colt Woodsman, the .22 autoloader that dominated first gun sales for most of the 20th century, is now a collectible and one of History’s Guns. More Info…

AIR TIMES FOR 2018
Wednesday 9:00 PM Eastern and Pacific, 8:00 PM Central
Shooting USA is listed as a one-hour show in your cable menu.

Get the Shooting USA Challenge Coin!
It’s a limited-edition collectible noting 25 years of the first and longest-running gun show to appear on network television. The offer is combined with a personalized and autographed photo of Jim Scoutten, America’s best-known firearms industry and gun sports reporter.

Watch Shooting USA on YouTube as long as you can.
Subscribe to the Shooting USA YouTube Channel to catch up on Pro Shooter Profiles, Pro Tips, History’s Guns, and more!

Also visit the …Read the Rest