This Day in History: Gun Maker Eliphalet Remington is Born 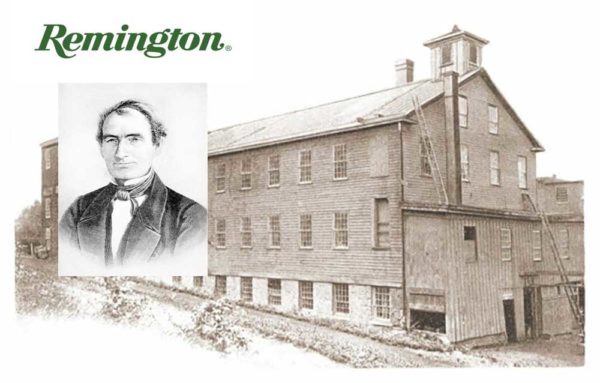 Connecticut – -(Ammoland.com)- On October 28, 1793, Eliphalet Remington II was born in Suffield, Connecticut. His father was a blacksmith, and Eliphalet followed in his footsteps, eventually going to work in the family business.

In August 1816, Eliphalet forged his first rifle barrel. When the Erie Canal was completed in 1825, an economic boom hit Remington’s region and afforded him an opportunity to expand. By 1828, the forge had been relocated to a 100 acre farm near what would become Ilion, New York, and he supplied thousands of rifle barrels to local gunsmiths. In 1839, Eliphalet’s son Philo joined the family business; second son Samuel followed in 1845. At this point, the company was doing quite well despite the fact that they only made barrels, not completed firearms.

Remington got their first government contract in 1845. In 1841, Nathan Ames of Massachusetts had been contracted by the Navy to build carbines designed by William Jenks. When an additional order was placed in late 1845, Ames’ health was failing and he did not want the contract. Jenks approached Remington and they entered into an agreement to supply the Navy with 1,000 …Read the Rest