This Day in History: Father of the FAL Dies 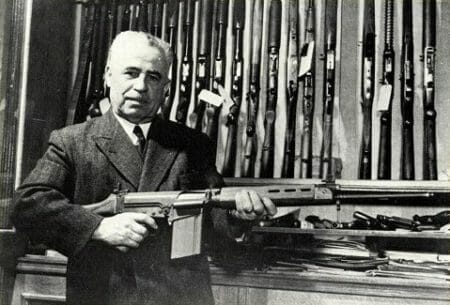 Belgium –-(Ammoland.com)- On October 12, 1970, Dieudonne Saive passed away at the age of 82. His most famous legacy is that of the Fusil Automatique Leger, or FAL, which is a rifle that served NATO and other free world forces for more than fifty years and is still in military service in certain places. Because of its widespread use by NATO and others, the FAL became known as “The Right Arm of the Free World.”

Born on May 23, 1888, Saive went to work for FN shortly after high school. It was here that he would cross paths repeatedly with the 20th century’s most prolific arms designer: John Moses Browning.

When France approached FN to design a new type of semi-automatic pistol in 1921 with a 15-round capacity, their chief designer, John M. Browning, declined, unimpressed with the potential of higher capacity pistols. It was Saive who designed an experimental double-stack magazine, mated to an FN 1903 pistol (chambered in 9x20mm), that was provided to Browning when he finally accepted the French call for a different combat pistol design.

One locked-breech option was designed using the new magazine, with a patent being granted in February 1927, four months after Browning’s …Read the Rest