The Unpardonable Heresy of Tucker Carlson 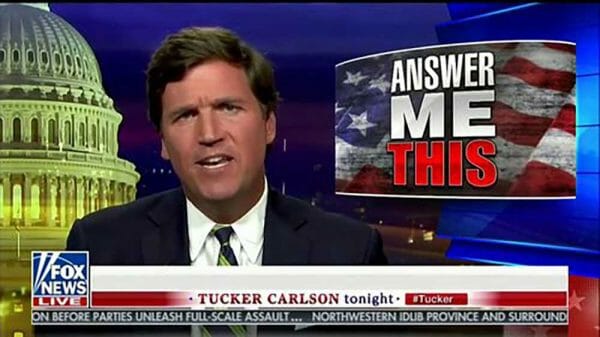 U.S.A. –-(Ammoland.com)- Our diversity is our greatest strength.

After playing clips of Democratic politicians reciting that truth of modern liberalism, Tucker Carlson asked, “How, precisely, is diversity our strength? Since you’ve made this our new national motto, please be specific.”

Reaction to Carlson’s question, with some declaring him a racist for having raised it, suggests that what we are dealing with here is not a demonstrable truth but a creed not subject to debate.

Yet the question remains valid: Where is the scientific, historic or empirical evidence that the greater the racial, ethnic, cultural and religious diversity of a nation, the stronger it becomes?

From recent decades, it seems more true to say the reverse: The more diverse a nation, the greater the danger of its disintegration.

Ethnic diversity, after all, tore apart our mighty Cold War rival, splintering the Soviet Union into 15 nations, three of which — Moldova, Ukraine, Georgia — have since split further along ethnic lines.

Russia had to fight two wars to hold onto Chechnya and prevent the diverse peoples of the North Caucasus from splitting off on ethnic grounds, as Georgia, Armenia and Azerbaijan had done.