The Return of the .22 Ammo Drought? 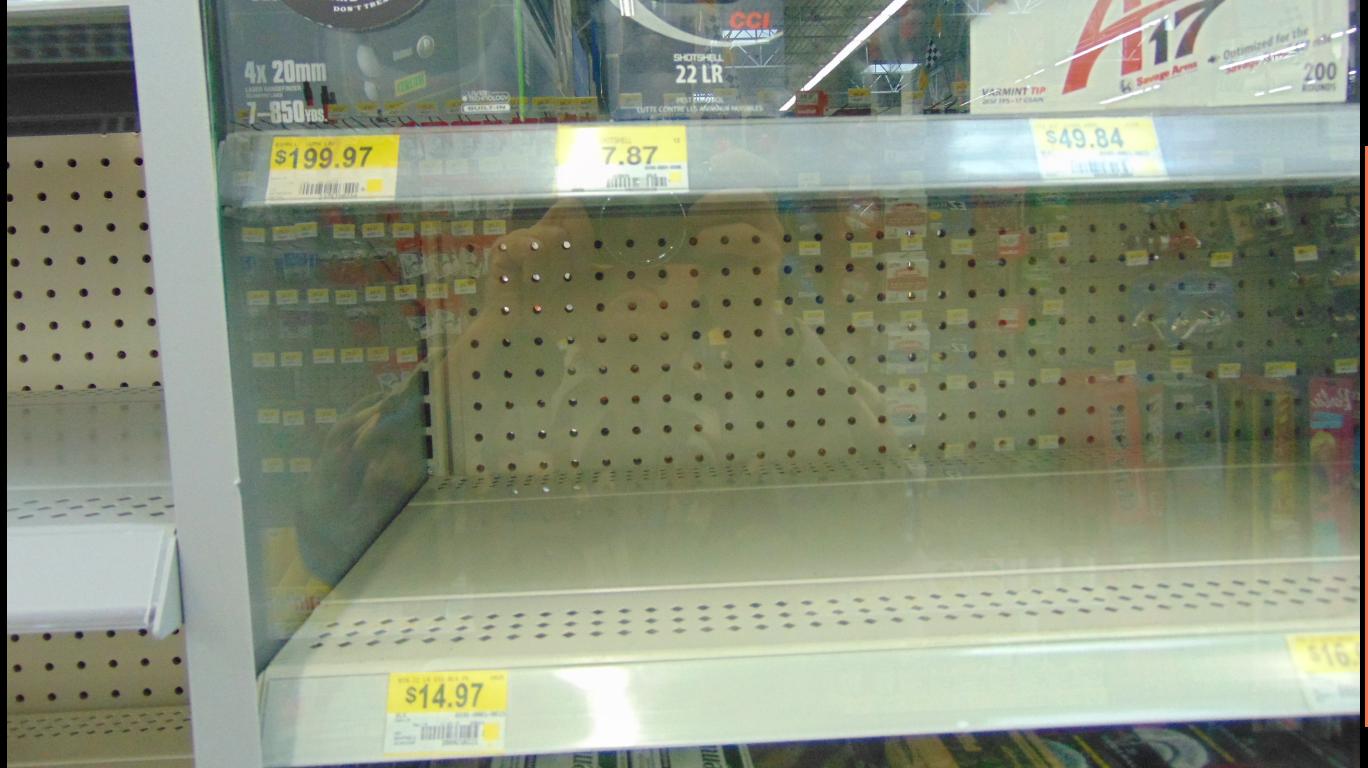 About two months ago, for two weeks in early October, the local WalMart near to my daughter’s place in North Dallas had .22 Federal Champion ammunition available for less than five cents per round. It was in 50-round boxes, at $2.47 per box, with a limit of three boxes per customer. I checked again, on November 24th . . .

The shelves were once again empty of inexpensive .22 rimfire. There were a few boxes of CCI .22 LR shotshells at $7.87 per box. That is about 39.2 cents per round. You can easily find it for that price on the Internet. Some places are carrying it as low as 28.5 cents per round, in the 20 round box. The price for CCI .22 LR shotshells is the same in that WalMart as it was in early October.

A number of significant events have occurred since the middle of October, any one of which could cause a resurgence in demand for .22 LR ammunition. The rampage shooting in Colorado, the increase in knife attacks in Israel, the jihadi attack in Paris, calls for more gun control in the United States, and President Obama’s statement that …Read the Rest