The Left – Losing their Minds & Declining into Violent Response 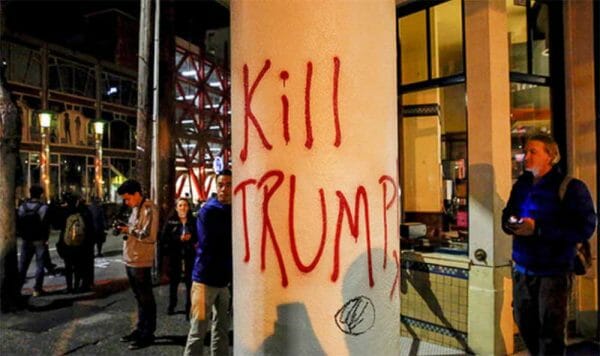 U.S.A. –-(Ammoland.com)- At a recent Friends of the NRA banquet, one of the anti-gun protestors in a white pick-up tried to run over an elderly couple walking up to the event in. Last year anti-gun protestors threatened to burn the Reagan Library to the ground with 200 pro-2A guests inside. These aren’t Antifa activists. These are housewives from Thousand Oaks, a bedroom community just north of Los Angeles.
In the past, these events were just shrugged off as the rantings of some whack-a-doodle leftie. Now we have the leaders of the Democrat party calling for violence. Things aren’t getting any better.

The left seems to think that calling for people to be killed and attacked is a good election strategy. A few years ago the left used swatting to harass those they disagree with; several people got killed by these actions. Now their back in force and for some reason don’t seem to care about who gets killed.

The violence you see on cable is only the tip of the iceberg. Anyone who has organized or helped a Friends of the NRA event has seen the protests and death threats …Read the Rest