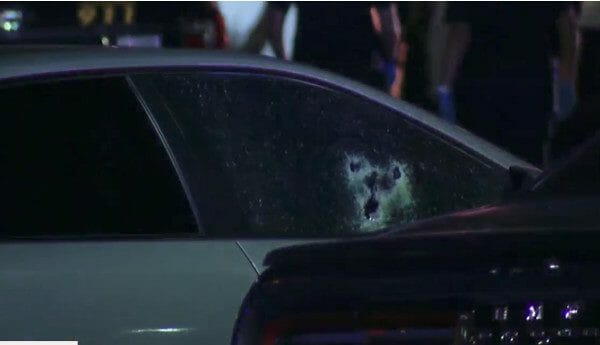 Texas -(Ammoland.com)- At about 9:30 p.m., at the All Stars Gentlemen’s Club parking lot in San Antonio, Texas, a barber and a police officer got into a gunfight. Both were seriously wounded. A female witness was wounded with a bullet crease to her head.

The police reported the incident was caused by road rage. That seems to be correct. The barber was cut off by the police officer. They both pulled into the parking lot. They both got out of their vehicles. Then the gunfight happened.

Initially, the story from the police was the barber opened up on the police officer, who was shot six times, but managed to crawl back to his vehicle, obtain a firearm, and return fire, wounding the barber and the witness. The barber and the officer both ended up in the hospital, and both survived. From foxsanantonio.com:

UPDATE: Investigators say the off-duty officer, the suspect and the injured passenger are expected to survive, although the officer remained in critical condition. They are all being treated at University Hospital. The officer and the suspect underwent surgery early Wednesday morning.

There was more to the case. …Read the Rest