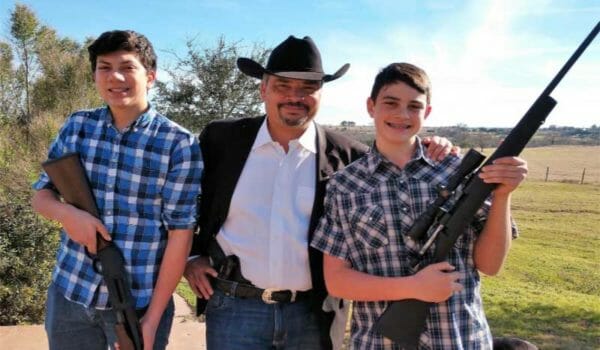 Brenham, Texas – -(AmmoLand.com)- Rick Figueroa is known in political and business circles across America. He has always been on the forefront, helping those fighting for liberty and their constitutional rights. His current involvement with NRA’s outreach includes working with minority communities, which opened the door for his candidacy. He recognized early that the NRA needed more inclusion.

“I am a person who believes in freedom and liberty,” says Figueroa. “The NRA is the last line of defense to protect our American right to have firearms without government constraint. Freedom is not just a slogan; it is a strategy that has kept this country prosperous, strong and a beacon of hope to the world. Without these rights, America could very well become a socialist, even a communist nation.”

The Last Bastion of Freedom.

“There are many leadership challenges and issues that need to be addressed given the onslaught of attacks against our Second Amendment rights,” he says.

“Thankfully we have an organization that is striving to address those issues on behalf of many diverse groups of people, reaching the next generation, and reinforcing the concerns with current …Read the Rest