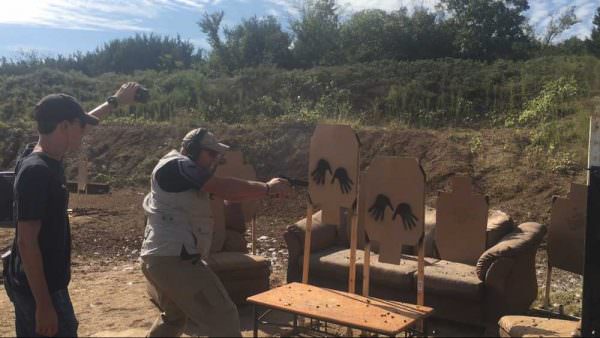 IDPA Distinguished Master, Mike Seeklander had an outstanding performance finishing as ESP Division Champion and having the best overall time of the competition while shooting his Wilson Combat® CQB Elite.

“Relentless preparation and great equipment made accomplishing a very big goal come true this past weekend, a division title at the IDPA National Championship. I am very thankful for my sponsors and supporters, Wilson Combat, Team Wilson Combat, and Safariland for their support, I could not have done it without them.” – Mike Seeklander

Eric Fuson took on the BUG Division with his Wilson Combat enhanced GLOCK 43 and came out on top winning the BUG Division Champion title. This big win also moved him up from a Master class in IDPA to now Distinguished Master.