The ASA title is awarded to the archer with the highest cumulative total over the course of the entire season.

“Along the way, I won three of the tournaments and several other podium finishes,” said Tazza, “it is very rewarding when all the work and sacrifice pays off with something like this.”

Tazza, who is the owner of The Archery Zone pro shop, had three first place finishes, accompanied by two other podium finishes and was 50 points clear of second place finisher and Team Easton teammate, Jeff Hopkins. 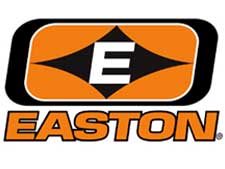