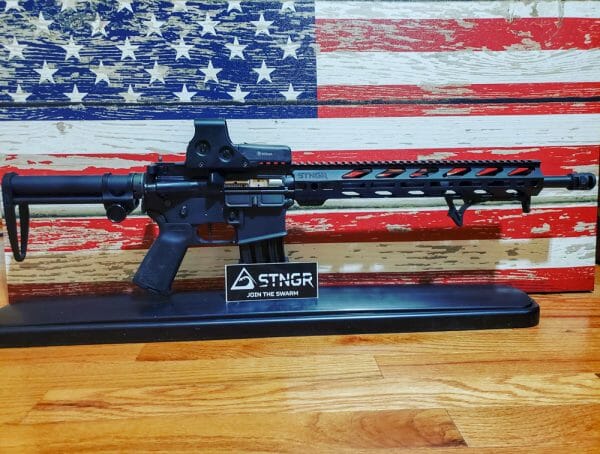 U.S.A. –-(Ammoland.com)-I recently started on another project build. This time I decided to build a new AR-15. One of the most crucial parts of an AR-15 build is a good rail system.

Looking into rails, I decided to go with an M-LOK system over a KeyMod system due to the USSOCOM sponsored testing that the Naval Surface Warfare Center – Crane (NSWC-Crane) carried out on the two platforms. The NSWC-Crane testing compared M-LOK to KeyMod to try to determine which system was superior. The M-LOK system outperformed the KeyMod system in almost every facet by a large margin.

I wanted a free-floating handguard for this build, and I decided to shop for a system that was between 13.5 inches and 15 inches in length. I settled on a rail system that was 13.5 inches in length for purely cosmetic reasons. I am using a Strike Industries Warhog Comp muzzle brake which is a fairly small muzzle device and didn’t think that a 15-inch rail system would look right on my rifle.

My friend, Roger, has been telling me about STNGR USA rails for a while now. Roger has an addiction to building AR-15s, so …Read the Rest