Still No Word On How NJ Will Enforce Magazine Ban 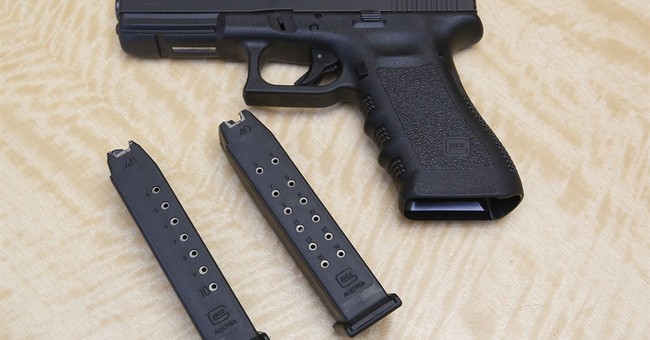 New Jersey’s new magazine limit is in full effect. It shouldn’t be, but that’s neither here nor there. It is and the people of New Jersey have to deal with that reality, not what should or should not be.

The problem is, no one has a clue how the state will actually enforce the law, possibly including the state.

Well, New Jersey’s ban on high-capacity magazines is now in effect. The law also limits the size of magazines; legal ones can only carry 10-rounds. Gun rights supporters tried to get an injunction on the new law. It didn’t work. So, how will this ban be enforced? Will New Jersey State police go door-to-door? Well, they’re rather cagey about how they will go about it. They told Breitbart News that they have no plans to go door-to-door, but also they don’t discuss enforcement strategies. That’s not necessarily a definite “no” answer, folks. Stephen Gutowski of the Washington Free Beacon got the same answer from state authorities, who said the statewide ban on magazines carrying more than 10 rounds will be enforced, but didn’t elaborate: