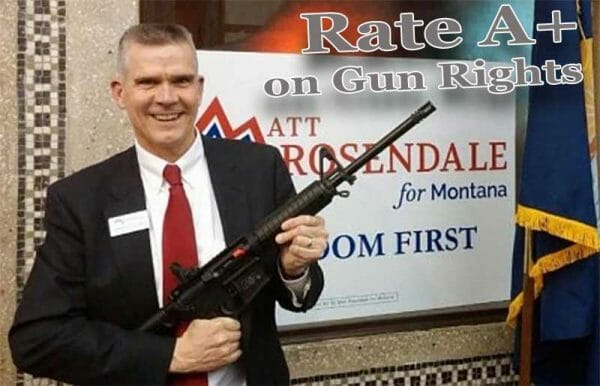 78 Candidates for Congress and Legislature Endorsed.

MISSOULA – -(AmmoLand.com)- The Montana Shooting Sports Association (MSSA) has released its endorsements and grades for candidates on the ballot for the 2018 General Election. MSSA has endorsed 78 candidates for Congress and for the Montana Legislature.

For the U.S. Senate, MSSA endorsed Matt Rosendale. MSSA explains that when Rosendale was in the Montana Senate, he carried MSSA’s “Ammunition Availability Act” at the request of MSSA. That Act was intended to encourage the manufacture of ammunition components in Montana, smokeless powder, primers, and cartridge cases.

MSSA president Gary Marbut commented, “I know Greg. He’s one of us. He understands the right to keep and bear arms, …Read the Rest