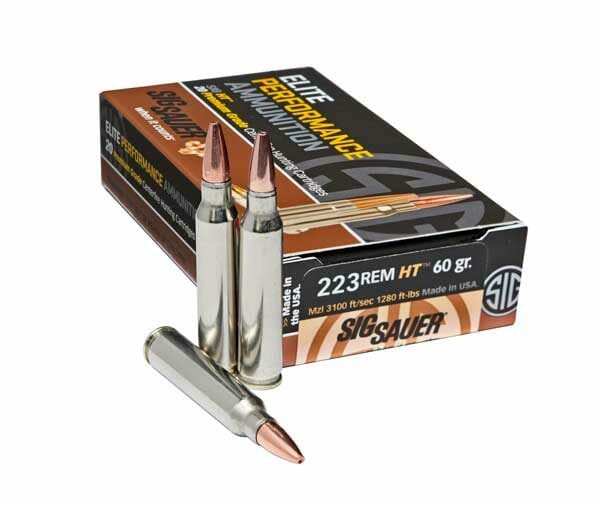 USA -(Ammoland.com)- We tested the entire spectrum of the Sig Sauer Elite Performance pistol ammunition in 2016 and found it to be very accurate and effective.

The consistency of all loads was impressive in that we never experienced a “flyer”. That is not to say that it is not possible, but we didn’t have a single flyer or misfire.

In the early part of 2017, Sig began to introduce their Elite Performance rifle ammunition. We reload our ammunition for both hunting and competition shooting; however, as good as the Sig pistol ammo was, we could not resist contacting Shannon Jackson (Sig PR contact) and asking her to send us some of their new rounds.

For readers that are not aware, Sig Sauer loads all of their ammunition. They do not outsource or license their ammunition, as many other companies do. The new SIG Sauer facility in Jacksonville, Arkansas is state-of-the-art. With 70,000 square-feet, there is more than enough room for expansion, as the market demands. Part of this plant is an expanded ballistics …Read the Rest