Shooting like a Pro at the NSSF Fantasy Camp 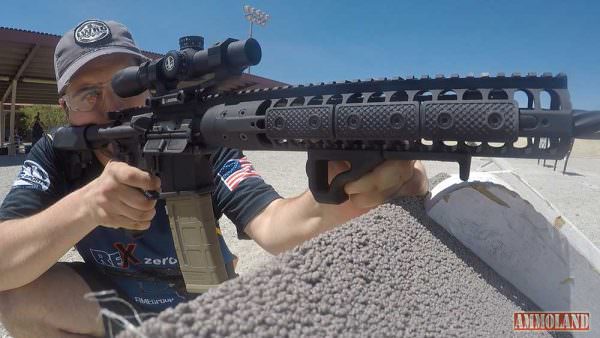 U.S.A. – -(Ammoland.com)- Have you ever considered shooting in a 3 gun competition? Maybe you’ve seen a YouTube video of a professional shooter running through a stage and engaging numerous targets with a pistol, rifle, and shotgun. Your next thought is probably, “that looks awesome!”

The fact is that if you have ever wanted to try a 3 gun competition, just go do it, you will quickly find out why this is the fastest growing shooting sports today.

Until I went to the NSSF’s Fantasy Camp, I had never shot anything like a 3 gun competition. The majority of my experience shooting has been from a static firing line, usually indoor ranges, with one paper target to hit. Occasionally, I get to an outdoor range where I have more options, but most of the time it’s a rented lane for a couple of hours.

Not only am I unfamiliar with 3 guns fast paced action shooting, but I also do not own 3 guns. If you read my last article …Read the Rest