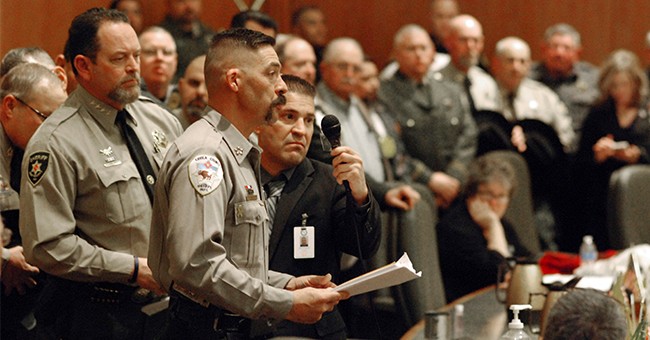 New Mexico is considering what I’ve come to think of as being among the “standard slate” of gun laws. Primarily, a red flag law and a safe storage law, which are two of the more popular efforts gun control proponents have been pushing throughout the nation.

However, a group of New Mexico sheriff’s are making a stand against these measures.

“You’re just taking guns out of law-abiding citizen’s hands,” Lea County Sheriff Corey Helton. “This is not going to affect the criminals out there. They’re going to be able to get guns and they do not follow the law.”

Lea County Sheriff Corey Helton is one of dozens of sheriffs who signed this statement by the New Mexico Sheriff’s Association targeting four gun related bills as ineffective.

Two important things to note about this.

First, 29 of New Mexico’s sheriffs oppose these measures. This is a state that only has 33 counties. In other words, just four counties aren’t represented in this group.

That’s an important point. It indicates that the vast majority of the counties themselves don’t support laws like this. It also represents points of …Read the Rest