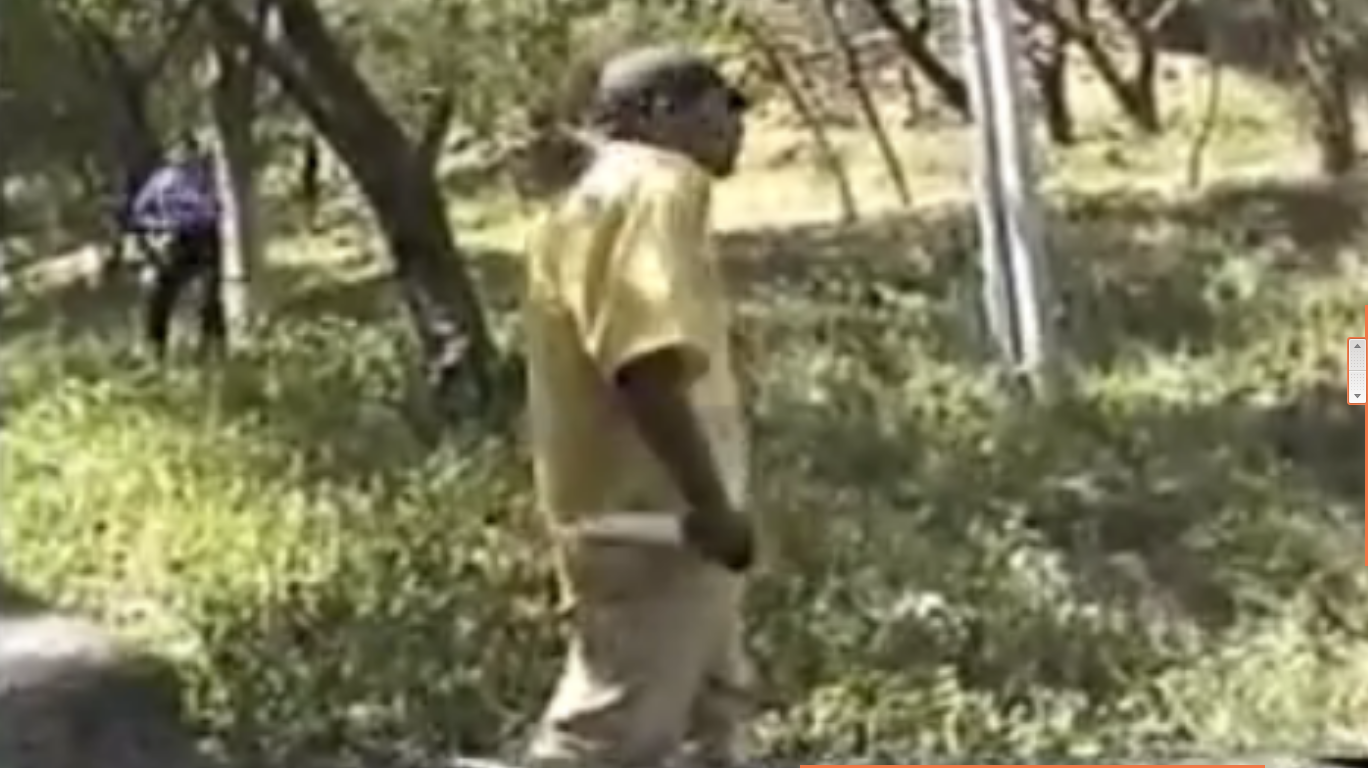 This video is from 2011 in Nicaragua. It’s a domestic issue; the knifeman’s wife left him for another man. The knife comes out at about 4:04. The police dodge and run, and avoid injury, but they do nothing effective to stop him or contain him. In about 10 seconds, an officer draws a weapon, likely a revolver, but does not shoot. Reinforcements arrive. I count at least five officers. One officer has an AK variant. The knifeman removes his backpack and crosses a wire fence. He gets into a better defensive situation. At one point he rubs his hands with dirt, probably to improve his grip . . .

Four officers cross the wire fence, flank the knife man and encircle him. They appear to attempt to improvise non-lethal weapons. One throws the AK rifleman a stick, across the fence. He picks it up with his right hand, and holding the rifle in his left, crosses the wire fence and takes a couple of steps toward the knifeman. This was a deadly mistake.

That may have been a predetermined “line in the sand” for the knifeman. He attacks decisively and explosively. The AK rifleman is …read more