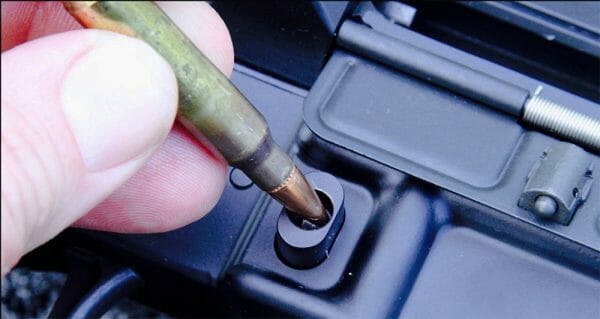 BELLEVUE, WA – -(AmmoLand.com)- Attorneys for the Second Amendment Foundation and three other advocacy groups have filed an amended complaint against California Attorney General Xavier Becerra, seeking a preliminary injunction to prevent enforcement of a new law restricting possession of so-called “bullet button assault weapons” because of a problem with the registration system during the week prior to the deadline.

Second Amendment Foundation is joined in the case by the Calguns Foundation, Firearms Policy Coalition, Firearms Policy Foundation and seven private citizens. The motion was filed in Shasta County Superior Court where the original lawsuit was filed. The case is known as Sharp, et al v. Attorney General Xavier Becerra, et al and documents may be viewed or downloaded here.

At issue is the apparent failure of the online California Firearms Application Reporting System (CFARS) operated by the state Department of Justice during the days prior to the registration deadline. During the week of June 25-30, which was the statutory registration deadline, the CFARS system was inaccessible and inoperable on a variety of web browsers across the state.