Sabre “Smart” OC Sprays? Wish I Thought of That 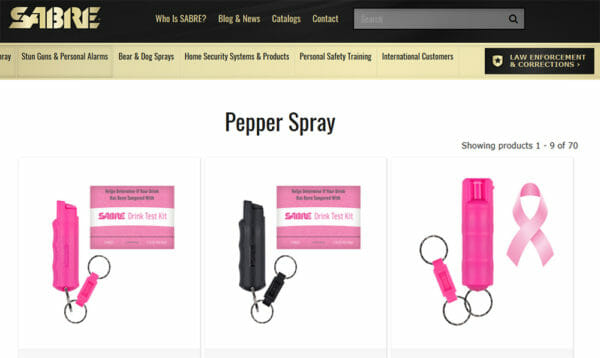 We saw an interesting product in January at the SHOT show upon which I’ve thus-far failed to comment:

Sabre, along with Fox Labs and several others, is a respected manufacturer of OC dispensers, designed for personal defense. At Sabre’s SHOT Show booth, we saw a sign that read: “Smart OC” Trying to imagine how OC spray could be “smart,” Vicki and I approached the booth and talked with folks there.

Owners can set it up (via an app) so that when the OC bottle is activated (OC is actually sprayed), an “alarm” is automatically sent, via the owner’s cell phone, alerting a person and/or alarm-company operators who have been selected for this duty by the owner.

They will, in turn, immediately call the user back to determine what is going on, and then take appropriate action

Along with the alarm, the physical location of the device user’s cell phone is also sent, so responders know exactly where to OC user is, even when they’ve moved since spraying the OC. This device and app are brand new, but it …Read the Rest