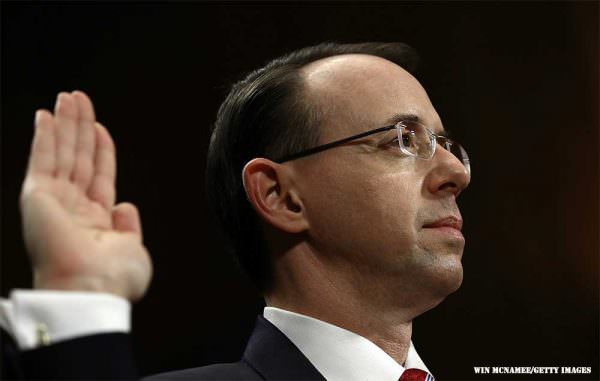 USA – -(Ammoland.com)- “With the stroke of a pen, Rod Rosenstein redeemed his reputation,” writes Dana Milbank of The Washington Post.

What had Deputy Attorney General Rosenstein done to be welcomed home by the Post like the prodigal son?

Without consulting the White House, he sandbagged President Trump, naming a special counsel to take over the investigation of the Russia connection that could prove ruinous to this presidency.

Rod has reinvigorated a tired 10-month investigation that failed to find any collusion between Trump and Russian hacking of the DNC. Not a single indictment had come out of the FBI investigation.

Yet, now a new special counsel, Robert Mueller, former director of the FBI, will slow-walk his way through this same terrain again, searching for clues leading to potentially impeachable offenses. What seemed to be winding down for Trump is now only just beginning to gear up.

Also to be investigated is whether the president tried to curtail the FBI investigation with his phone calls and Oval Office meetings with FBI Director James Comey, before abruptly firing Comey last week.

Regarded as able and honest, Mueller will be under …Read the Rest