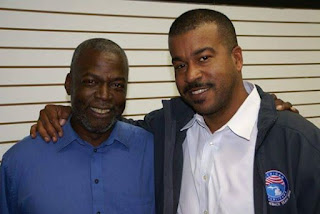 This past Sunday, June 12th 2016, I made another appearance on the Wayne Bradley Show.

We discussed the aftermath of the tragic mass shooting in Orlando, FL. In that incident, a man inspired by radical Islam, killed 50 people and injured another 53 people in a gay nightclub in Orlando, Florida.

Follow this link, to hear the discussion: https://soundcloud.com/waynebradleyshow/wayne-bradley-show-6-12
For more info on responsible gun ownership, please visit our blog: http://www.legallyarmedindetroit.com

Ector is a recognized expert in firearm safety and has been featured extensively in the national and local media: Associated Press, UPI, Fox news, New York Times, USA Today, Bearing Arms, NRAnews, Guns Digest, Tactical-Life, The Truth About Guns, The …Read the Rest