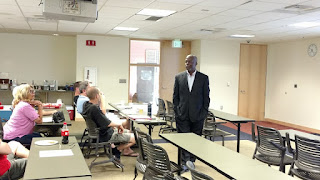 The talk took on added significance with all of the rhetoric coming out of Washington regarding a proposed “No Fly – No Gun” law. Under this scam people on the No-Fly List would be denied their Constitutional right to buy a firearm.

If you would like Rick Ector to come out and speak to your organization, send him an invite. He’ll be there to inform your organization about Gun Rights and the current effort by enemies of freedom to have them repealed.

For more info on safe firearm handling and responsible firearm ownership, please visit our blog on the Internet: …Read the Rest