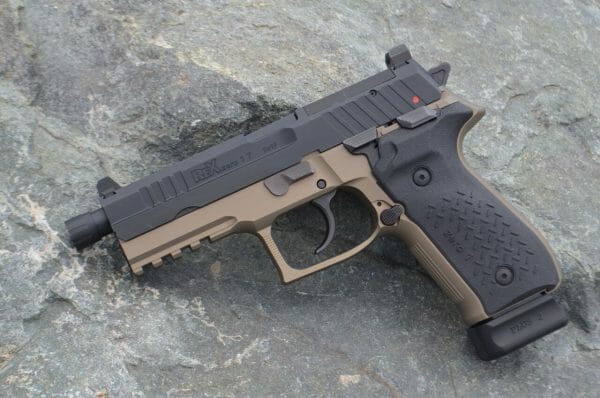 U.S.A. –-(Ammoland.com)- A few years ago, I received an email about a new line of pistols coming from Slovenia known as the Rex pistols by Arex. As I looked over the pictures in my inbox, I thought they looked a lot like clones of the SIG P226. I noticed the price was several hundred dollars cheaper and that usually signifies that there has been a compromise made somewhere, either in the form of cheap parts or cheap labor.

I made a mental note to request one for review and was prepared to be unimpressed.

This is not to say that clones are a bad thing. Over the years we have come to prefer some of them over the originals like the FEG Hi-Power clones or the Tanfoglio CZ pattern handguns. Then again those are direct copies whereas the Rex pistols could be more accurately described as “inspired by” rather than an actual clone.

These pistols are distributed by the FIME Group and they reached out to us asking if we would like to test their latest model: the Rex Zero 1T.