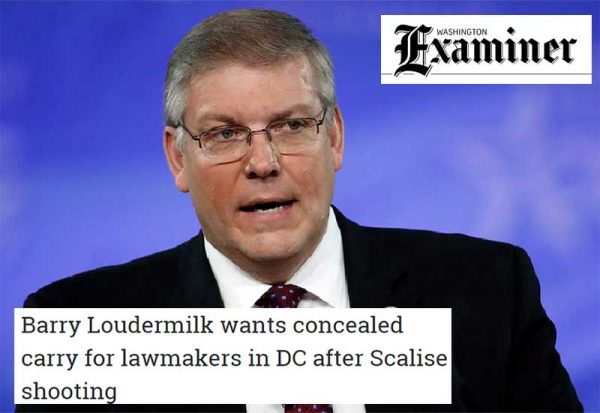 U.S.A. –-(Ammoland.com)- U. S. Representative Barry Loudermilk (R-GA) will join host Mark Walters today (Friday 6-23-2017) at 4 pm ET on nationally syndicated AAR’s Daily Defense program to discuss the recent targeting of Republican representatives by a crazed left-wing lunatic and the subsequent calls for members of Congress to be able to carry guns in the District to protect themselves.

Rep. Loudermilk who was on the scene that day and thankfully uninjured was one of the first to make an immediate call for what appeared to be a special carve out for politicians to carry firearms while continuing to leave the rest of law-abiding America disarmed. In a statement he said:

“We aren’t any more special than anybody else, but we’re targets,” Loudermilk said.

Mark Walters, the host of two popular, nationally syndicated, pro-gun rights radio broadcasts, was quick to jump on the comments as politicians “looking out for thee but not for me.”

Walters said, “As a …Read the Rest