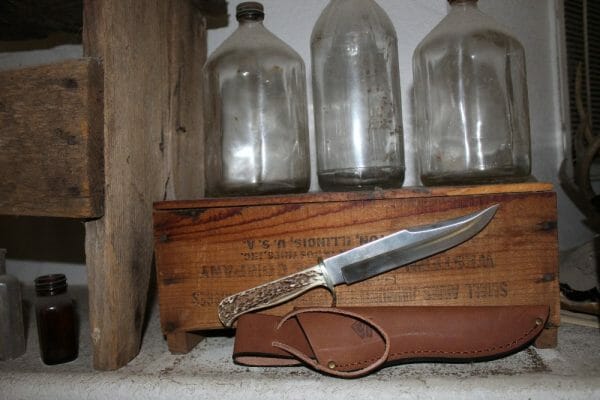 U.S.A. –-(Ammoland.com)- Some outdoor items are legendary, aren’t they? For instance the 30-30. Even though it is probably the worst deer hunting round in the world second only to the .30 cal. M1 Carbine who in their right mind is going to publicly diss the 30-30? Not me! It’s kinda the same with the Bowie knife. So the other day when Puma sent me their Puma SGB Bowie Commando Stag knife to check out I suddenly remembered that I’d never written an article on the Bowie knife.

In case you are historically illiterate and don’t know the history of the Bowie knife I’m going to cover it. Who hasn’t heard of Jim Bowie? He was one of the great frontiersmen. Bowie, Davie Crockett, Travis all fought in the Alamo.

In case you’ve been raised in the modern educational climate which teaches that Hillary is a true blue American and Obama is a Patriot and they never mentioned Bowie, here’s the skinny. A small band of frontiersmen …Read the Rest