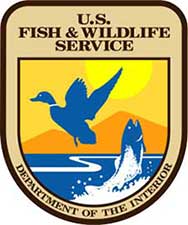 WASHINGTON –-(Ammoland.com)- President Donald Trump today proposed a $1.3 billion Fiscal Year 2018 (FY18) budget for the U.S. Fish and Wildlife Service. The Service’s budget also includes $1.5 billion in permanent funding, which is mostly administered to states through various grants and other initiatives for their wildlife and sportfish conservation programs. The bureau budget helps put the federal government on track to a balanced budget by 2027.

“President Trump promised the American people he would cut wasteful spending and make the government work for the taxpayer again, and that’s exactly what this budget does,” said U.S. Secretary of the Interior Ryan Zinke. “Working carefully with the President, we identified areas where we could reduce spending and also areas for investment, such as addressing the maintenance backlog in our National Parks and increasing domestic energy production on federal lands. The budget also allows the Department to return to the traditional principles of multiple-use management to include both responsible natural resource development and conservation of special places. Being from the West, I’ve seen how years of bloated bureaucracy and D.C.-centric policies hurt our rural communities. The President’s budget saves taxpayers by focusing program …Read the Rest