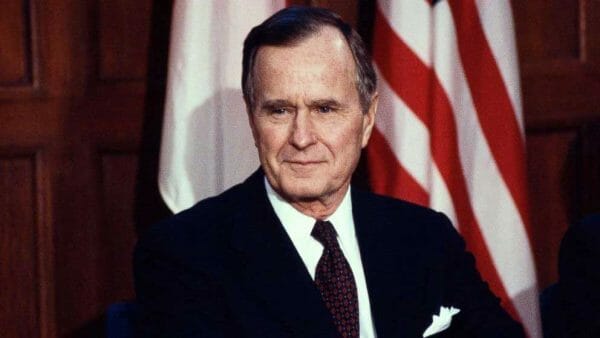 George H.W. Bush is the last President this country has had who was a combat veteran

Truth of the matter is, it should not of had any real impact on my career, but it just so happened I was up for promotion to Major that year. It also happened that in1989 the Air Force was trying out a brand new promotion process and to really insure you got promoted you needed a recommendation of “definitely promote”.

That Presidential letter of appreciation was sitting on the top of my personnel file when the promotion board met. I was the only non-pilot to be selected for Major (with a definitely promote) on my base that year.

I would suggest, cause and effect was a player in my professional life. I had directed security for the President as he stopped at Elmendorf Air Force Base in Alaska, on his way to the funeral of Emperor Hirohito in Japan. I still believe that Hirohito should have been executed at the end of the war, but his belated death help me get promoted and enabled me to finish a military career with a retirement. You see if you do not make Major you …Read the Rest