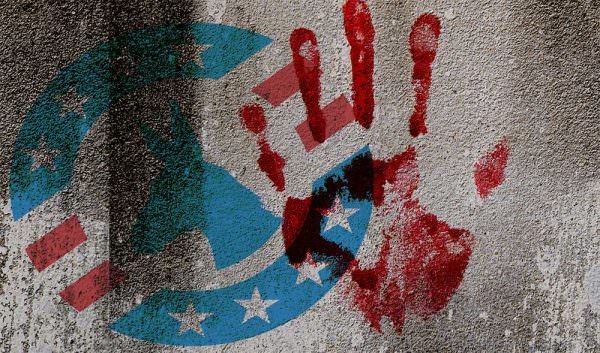 And, leftist blogs have all day long sung his praises and are openly disappointed that he had not murdered more Republicans.

I wish I were surprised!

I wonder if Democrat politicians actually believed their squalid, threatening, profanity-laced speeches about our president would have no tangible consequences.

I wonder if a leftist entertainer, holding a simulated severed head of our president, and other Hollywood types acting-out a presidential assassination on stage (which Democrats and their media lackeys, thought was “so cute” ) ever considered that these seedy displays would stimulate real violence against all non-drinkers of their Marxist Koolaid.

Interesting that “Sandernistas,” and “Clintonistas,” all of whom publicly profess to hate guns and our Second Amendment, hypocritically consider guns to be just fine when they’re the only ones who are allowed to posses them, much the same as when they cynically decry honest wealth, while hiding their own!

Leftists/Marxists/socialists are not good people, as we see!

We’re not as far from Bosnia as …Read the Rest