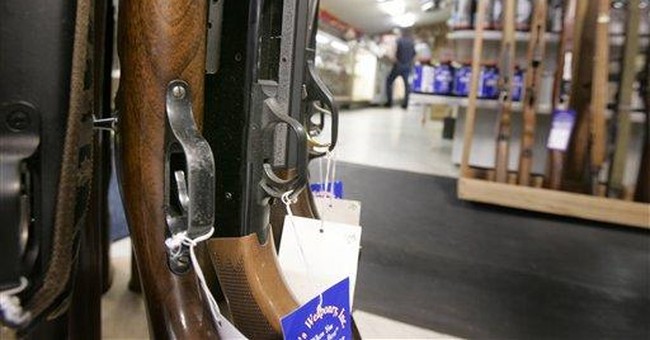 We all hate people who steal firearms, though possibly for different reasons. For some, it’s because stealing guns means the bad guy might steal their guns. For others like myself, it’s the act of theft itself that disgusts us.

Something else I hate, though, is a police officer doing something illegal. A cop raised me. I grew up around cops and their families. I’ve known plenty of good cops, but the bad ones make all the good ones look bad too. As a result, I can’t stand them.

So what happens when the gun thief is a police officer?

Sean Thomas Banks, 49, was placed on administrative leave and taken into custody after he told fellow detectives investigating him that he stole several high-end shotguns while on duty and sold them, reports The Salem Statesman Journal.

Banks, who has been with the Marion County Sheriff’s Office for the past five years, responded in October 2015 to the home of a woman’s recently deceased father who had called over concerns about the late man’s firearm collection. The deputy left with five shotguns in his patrol vehicle “for safekeeping” without giving her a receipt. He later went on to sell …Read the Rest