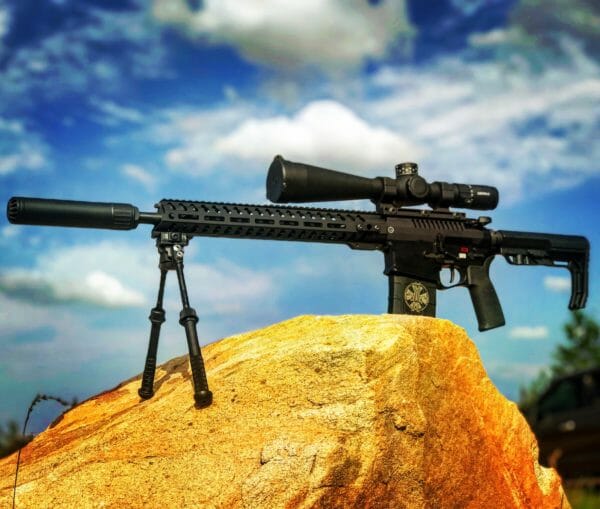 U.S.A. –-(Ammoland.com)- There was this guy, Jeff Cooper, maybe you’ve heard of him. He was a marine and he came up with many of the modern pistol fighting techniques; helped invent the 10 mm round, and had this idea for the ultimate general-purpose rifle, his one rifle. This rifle would be less than 3 feet in length and weigh less than 7 pounds, so the rifle was very compact and maneuverable, while still packing the punch of the 308 cartridge. Giving it the ability to make decisive impacts, even at longer distances. He came up with the scout rifle, but that’s only because he never got to see the POF Revolution. If he were alive today, I believe the POF Revolution would be his one rifle.

One rifle to fill every role, seems like an unrealistic expectation, some kind of unachievable goal. However, the Revolution can pretty much fill any role you can come up with, and do it better than most anything else available. Because there’s nothing else like the Revolution. It maintains the compactness, maneuverability, and superior ergonomics of the AR-15, while having the significantly greater knockdown power …Read the Rest