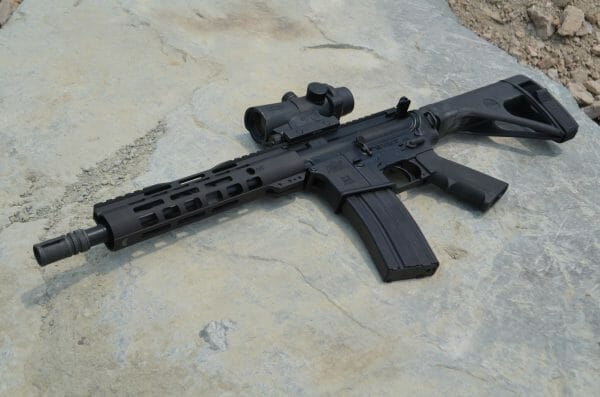 U.S.A. –-(Ammoland.com)- After trying out an AR carbine and a 1911 pistol from Palmetto State Armory, we had to see what one of their pistols could do. They were gracious enough to get one out to us and let us take it for a spin.

AR Pistols and the Brace, a Brief History

The AR pistol has been around in one form or another since the 1980s. At first, they were seen as a novelty. The bare buffer tube made them a bit unsightly and most shooters saw it as useless. A few enterprising types would add a rubber crutch tip to the end to be able to “shoulder” the pistol briefly, but for the most part, they were an oddity to most serious shooters.

That began to change in 2012 or so when Alex Bosco and his company SB-Tactical produced a device known as the SB-15 Pistol Stabilizing Brace. The invention was born from an experience Bosco had with a disabled friend who was told to stop shooting an AR pistol at a public range because …Read the Rest