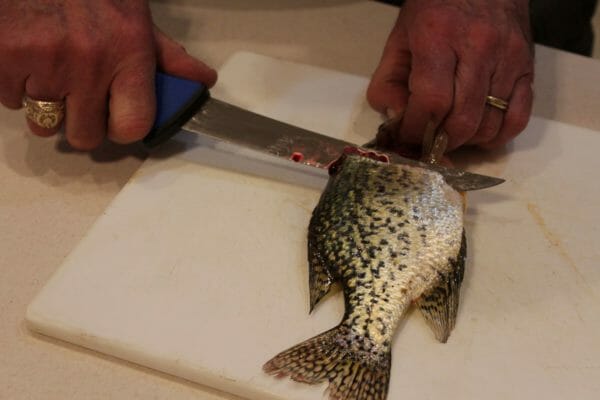 U.S.A. –-(Ammoland.com)- I received the Outdoor Edge ReelFlex Pak to test out. It is a unique package. It consists of three knives and a sharpener. One is a 6-inch boning/fillet knife, one is a 7.5-inch fillet knife and the third is a 9.5-inch fillet knife. As they go up in length, so they do in flexibility.

Even though the Outdoor Edge ReelFlex Pak is advertised as a fisherman’s package, the 6-inch is also of the right flex to be able to bone out your big game as well as to be used to fillet your crappie and bass. So it is a multipurpose knife.

The 7.5-inch is the right flex and size to fillet your larger fish such as salmon. I had a smoked deer shoulder that I just pulled off of the smoker so I thought I’d test it out on chopping the shoulder into ½-inch chunks to make BBQ sandwiches. It performed fine.