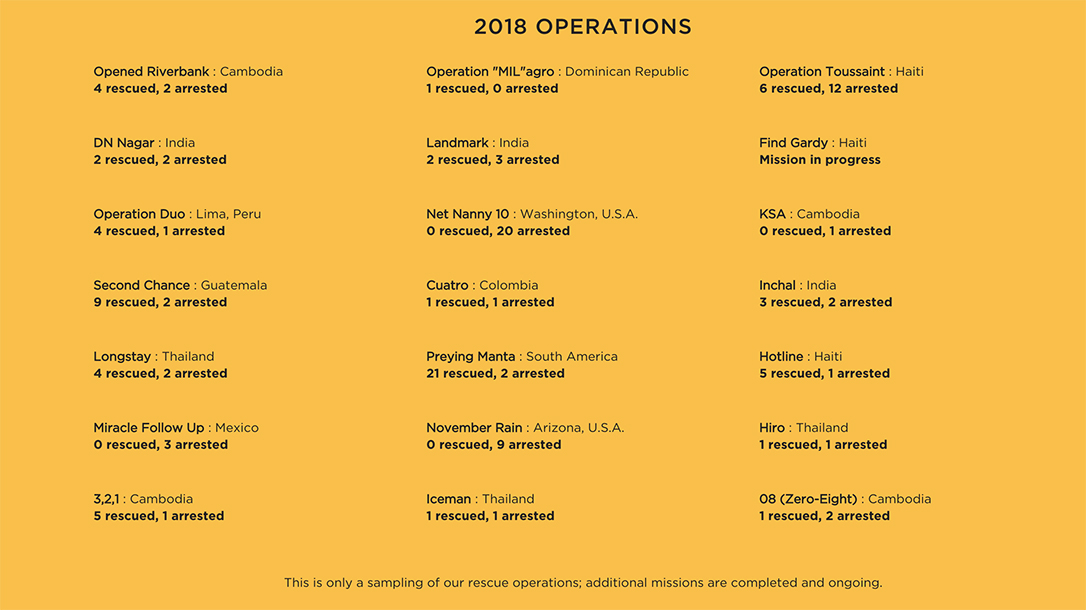 Veterans and volunteers are getting together to save child sex slaves all around world, to include right here in the United States, and bring their captors to justice. Operation Underground Railroad, or O.U.R. for short, is the organization behind this fight.

Human trafficking has only recently become a more common topic of conversation, though it has been going on for as long as humans have been around. With the expansion of the Internet, along with anonymous apps for texting and calling, girls (and boys) are in danger of being sex trafficked. Recently, a backpage.com executive plead guilty to prostitution ad schemes. The charges marked the conclusion of a years-long battle to shut the page down and hold those responsible accountable.

This isn’t only happening in poor or third world countries, but in thriving first world ones – to include the United States. Authorities estimate the modern-day slavery industry is worth more than $150 million. Further, there are currently around 2 million child sex slaves around the world. This industry is tempting to criminals because unlike drugs, which can only be sold and used once, humans can be sold repeatedly, and …Read the Rest