One Shot Almost Enough to Save Woman Whose Gun Jammed 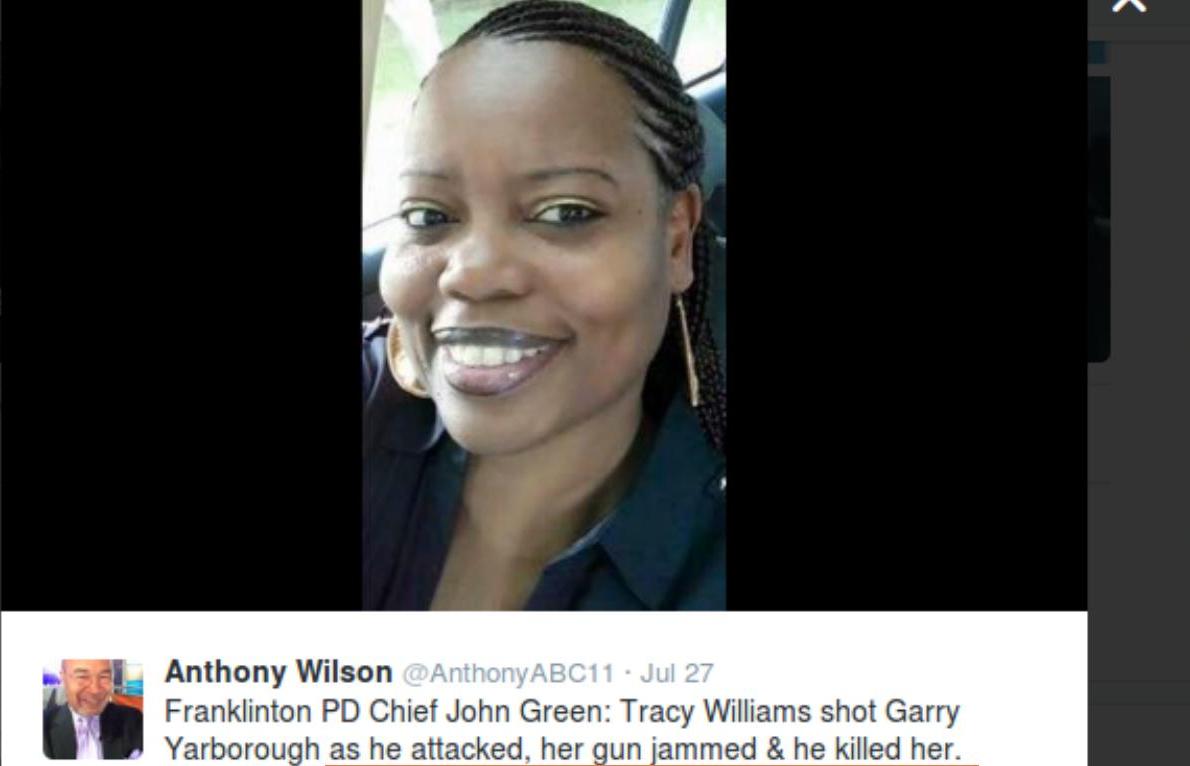 Tracy Williams does not appear to have had much experience with firearms. It was a desperate situation that drove her to buy a gun and take a CCW class: she’d broken up with a boyfriend with a long criminal record. He’d kidnapped her. She’d escaped and filed charges. He was out on $75,000 bail when he attacked her three weeks later. During that period she had obtained the firearm and a concealed carry permit. North Carolina requires an eight hour course, including live fire, and an $80 non-refundable fee to obtain a permit. Here’s what happened next, via abc7chicago.com . . .

Green said Williams shot her ex as he attacked her around 5 p.m. in the parking lot of a Food Lion on U.S. 1 near a Cash Points ATM. Police said Williams’ gun then jammed and Yarborough fatally shot her.

When officers arrived at the scene, they found Williams in front of the ATM with two guns, while the suspect’s gun was missing. They believe she was trying to defend herself.

An eyewitness states that Williams was not the only one who had problems with their gun. From wral.com:

“I heard her start …read more