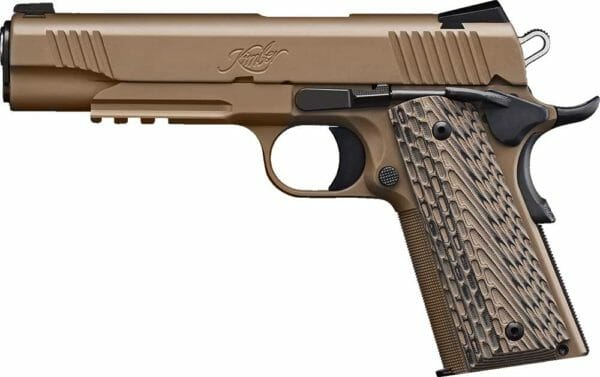 U.S.A. -(AmmoLand.com)- Following New York’s declaration that it is in a State of Emergency, New York-based Kimber Manufacturing Inc. was forced to close its NY manufacturing effective immediately. This is because NY is only allowing businesses that the government designates as essential to continue operation, and firearm manufacutrers and sellers are not among that list.

Due to the New York state decision to shutter non-essential businesses as part of the COVID-19 response plan, Kimber Mfg. Inc. has stopped production at its New York facilities.

Production continues at Kimber’s new, state-of-the-art Troy, Alabama manufacturing facility, with the entire line of handguns and long guns being assembled. Due to the large number of parts manufactured in Yonkers and the state-mandated closure in New York, the Troy facility will suspend production on March 31st. “This situation is unfortunate as we were off to an incredible start in gun shipments in 2020 and were running our factories seven days a week. We would like to thank our dealers and consumers for their overwhelmingly positive response to our 2020 …Read the Rest