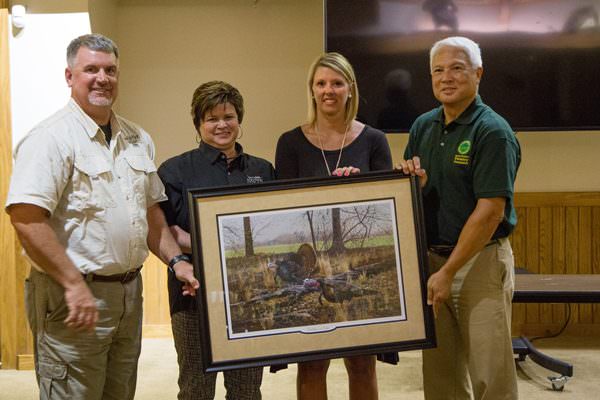 Under Kodama’s leadership, the SCFC has been a key partner for the NWTF earning the Land Stewardship Award in 2011. The award is given for excellence in land management, partnerships and NWTF project support.

“Director Kodama and the SC Forestry Commission have been a great partner of the NWTF,” said Becky Humphries, NWTF CEO. “His dedication to our state’s forests is unmatched. His presence in the SCFC will be greatly missed but we look forward to working with him in another capacity in the future.”

“Director Kodama has been an integral part in our success – he has been great to work with and was always engaged with staff and hunters,” Harling said. “He has not only endorsed our partnership but was part of it by being present at our hunts and events. He’s a great person and has been a great friend to the NWTF.”

Kodama has worked …Read the Rest